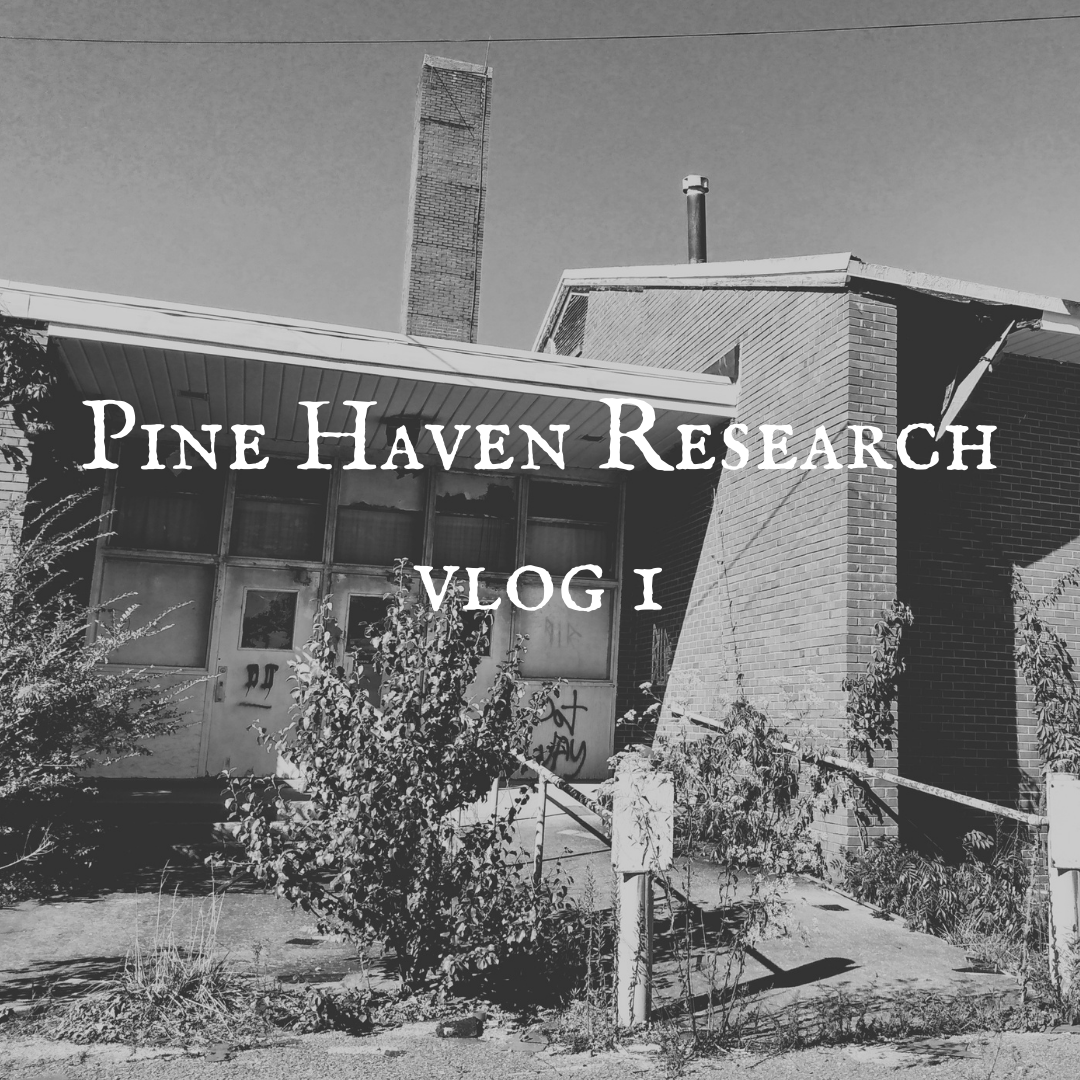 When I started my research into Jamestown, TN, I didn’t expect the twists and turns it would take me on. I was expecting to look into an urban legend that had made its round and was said to be one of the creepiest in our state. I honestly thought it would be simple. I was wrong.

This is the write up I shared with a paranormal group:

My husband (Damon) and I recently have been investigating an urban legend in Jamestown, TN focused on their old Pine Haven School. Immediately weird things happened like NO ONE would talk to us. No one at the county clerks offices or the town’s offices, the new school, the police’s phone number didn’t work, the newspaper, – I was handed off to the historical society but they acted completely offended that I was even investigating this. No one would give me anything not even dates of when the school was built, closed, why it closed, nothing.

Some questionable computer work turned up a lil but not much. We decided to drive out to at least get pics for my podcast patrons and the experience was honestly like something out of a horror movie
We get there and as soon as I get out into the parking lot to take pics (note that there aren’t any No Trespassing signs so I figure parking lot for a couple pics of an abandoned school will be ok)
We start being watched. Same 3 cars drive by slowly, circle around, drive by, repeat. Creepy but ok. The school is vandalized so maybe just making sure we aren’t gonna add to the damage. Damon gets a bad feeling so he says wrap up the pics, lets go.
We head towards the town’s mine to get pics of for my Tommyknockers episode.
A cop passes slowly, watching us as he talks on his radio. That’s fine, if he pulls us over and asks, I’ll ask him why his phone number doesn’t work lol.
As we drive what should have been 10 minutes turns to 20 as our GPS redirects and takes us around the mine and not to it.
Meanwhile those 3 cars before? they’re following us…
Damon and I both are getting bad feelings now and I turn to him and say “just don’t stop ok.”
We check phones – no signal of course
We decide to give up on the mine pics and gtfo
We get to the main road – the followers pull off and we punch our home address in the GPS when it gets signal. It shows the way….redirects…to take us BACK to Jamestown.
Unnerved, Damon uses landmarks to get us out of there. As we reach the town line a red truck coming the opposite way veers over into our lane coming straight for us. We are on a bridge…
Damon breaks and the truck, just a little before it might hit us, veers back into his lane, waves at us with a smile, and drives on into Jamestown – he has a local county license plate…

Well a couple days after I posted the pics I got – a woman reached out to me via Facebook. She said she was from Jamestown and her daddy went to the Old School I was investigating and her grandma owned the old diner there.
She was all about dishing the weird stuff that was going on and said that her daddy would do an interview if I liked. I was of course stoked.

Her daddy said that the story about the boy who was murdered by a bully in the school was true but that it wasn’t like the story that was circulating. So I got their version.
The woman also told me “thats not even the weirdest or scariest story about Jamestown.”
They claimed the town had everything from a founding father of the town murdering his whole family and that snakes come from his grave every year to child sacrifices to possessions being common in the town.
She also said that she wasn’t surprised no one would talk to me that the whole town was hush hush about it if not in on a lot of the wild stuff going on. We kept investigating while talking to her and learned that it is a Sundown town (the whole county really), Damon finally found obits and missing persons reports but had to do so through Chatanooga which is a ways away from Fentress county where Jamestown is and yes many of the folks that go missing there are black or POC. Then…the woman started getting a lil weird about talking to me.
Said her daddy wanted to remain anonymous, which is fine.
Then she did.
Then they kept putting off the interview…then nothing
Like they got scared off.

I told Damon that I wasn’t sure how to even investigate a lot of this – some of it was out of left field and so much of it seems more humans being horrible than paranormal…
In the end I decided just to share the ghost story about the school on the podcast but keep the town’s weirdness on my radar. Damon and I also decided to make all our patreon posts about the town public and share the info out there just in case – like we didn’t want a horror story trope of “we’re gonna keep you from sharing information” to be our issue lol as silly as it sounds to say out loud but…honestly, the situation scared me and I became very paranoid for a week or so after my visit there.

A Post on What Damon’s computer research yielded in the first round. He has done some more since then but not nearly as much came up other than some possible connections to the towns of Rugby and Oneida including some research into the caves and mines. Its all kind of nebulous at this point though. We will update as things solidify.

Our Write Up of our weird experience visiting Jamestown.

Tomorrow, Wednesday 9/22, at 5am central time, the Pine Haven Bullied Boy episode goes live. Our hopes is that it might stir up interest or perhaps someone who has had experiences already and people will reach out to us and let us know how that goes.

We are discussing our research, thoughts, and what next tonight on my twitch channel in a livestream at 9pm central.
For those that missed it, here’s the recording:

In the meantime, keep an open mind and take care of yourselves.